Where do you fall on the activewear vs loungewear debate? Which do you prefer to sew? To wear? I made one of each –  Sloan Leggings for exercising and Hudson Pants for lounging!

The Sloan leggings were on my Make Nine list this year, and the Hudson pants were not officially on the list, but I had them in mind so I listed them as an ‘alternate’:) 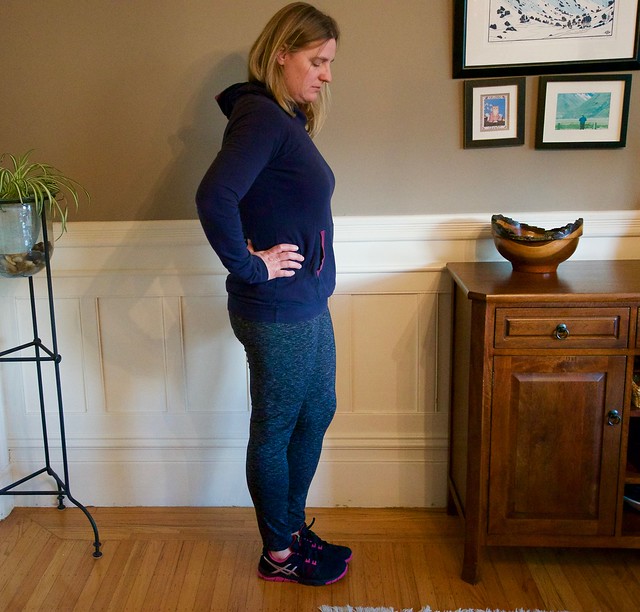 This fabric has been in my stash for quite some time – it’s a sport knit lycra that was always destined to become leggings. I love Hey June patterns, so choosing the Sloan pattern was a no brainer. This is View A in the full length – and paired with my hacked (and never blogged) Lane Raglan hoodie. 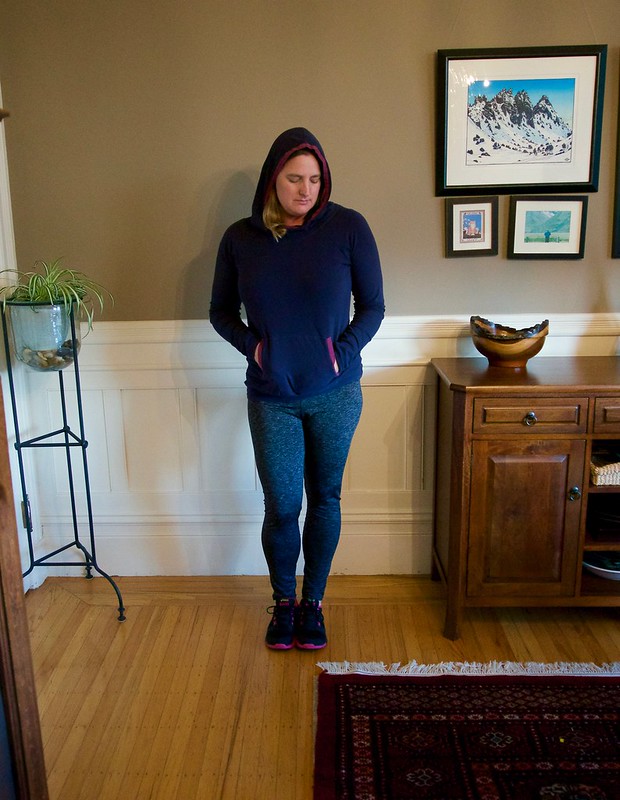 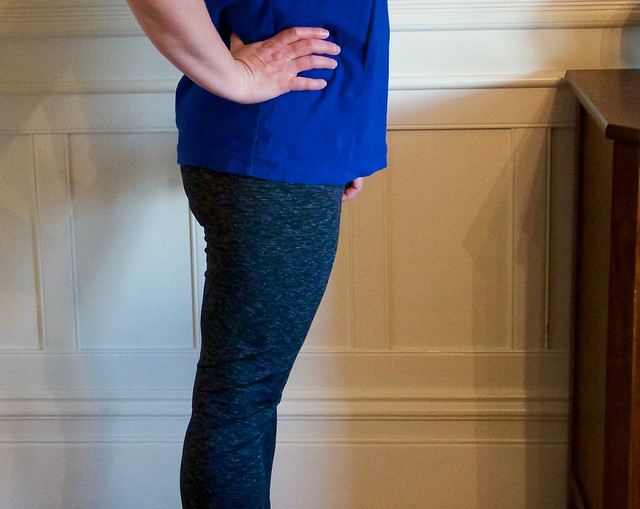 They were a quick and easy sew, made entirely on my serger. They turned out a little bit long even though I made the ‘regular’ inseam version, so I ended up taking an inch off the bottom. I think I could have gone down a size because they are a tiny bit looser than I usually like for workout gear, but still totally wearable. I like that they have a hidden pocket in the waistband. I added clear elastic to the waistband as suggested to help keep them up, but then I ironed it and I think I just melted that elastic and stretched it all out…oops…so no ironing that stuff next time!! I also think that I could use regular elastic, which I find easier to work with. If I can find the right fabric, I’d love to use this pattern to make a pair of long underwear type leggings to wear under ski pants. You must be able to buy capilene somewhere, right? Helen’s Closet recently released the Avery leggings pattern – and it got me wondering if I need that pattern too! I mean, what if the Avery is better? Or just different? But I’ve already put the work into printing and taping and tracing the Sloan pattern, not to mention making a ‘wearable muslin’! Should I add a crotch gusset to the Sloan’s or use a pattern that has that built into the design? One thing I know for sure, there are some cool Avery’s popping up out there in all sorts of fun colors providing ample legging inspiration, no matter what pattern you choose. How about a pair of bright blue leggings (like Leslie made)? Or some amazing neon coral ones!

Lounging in my Super Comfy Hudson’s!

mmm…is there anything better than a super soft and slouchy pair of Hudson pants? 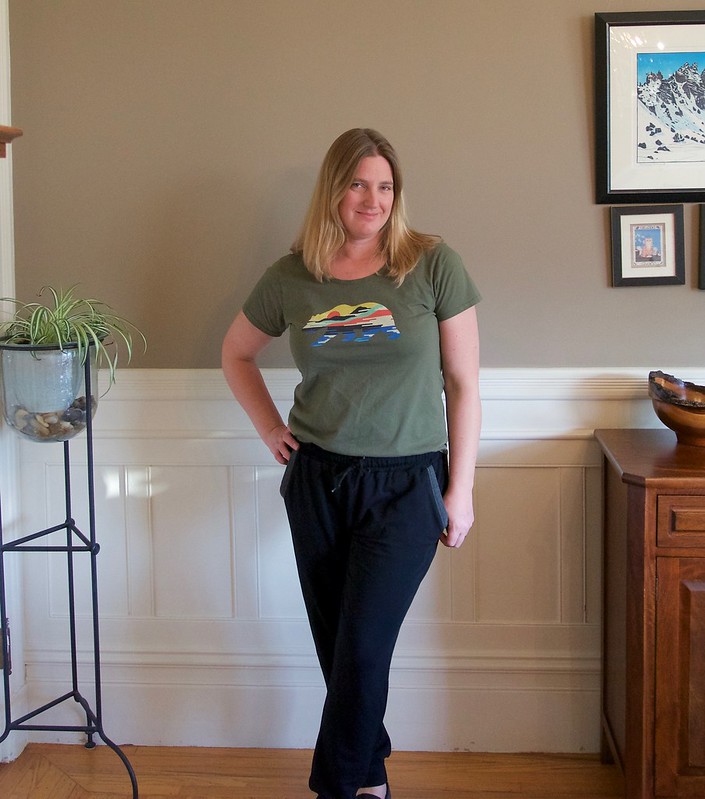 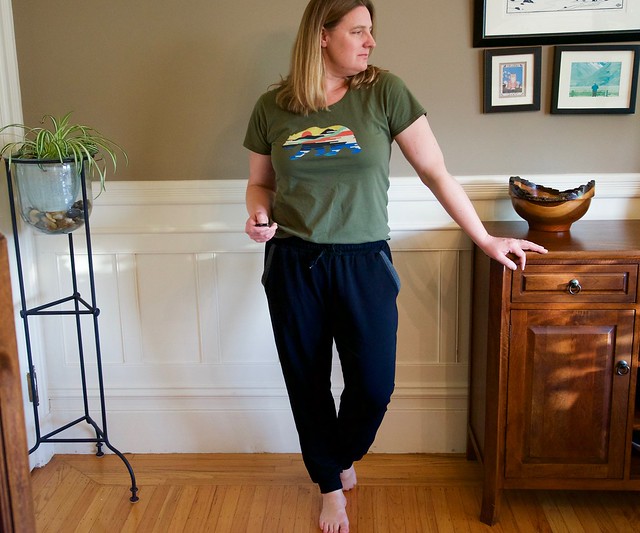 This is the second pair of Hudson’s I’ve made – the first were made from some plaid jersey and are decidedly pajamas – and I’ve wanted to make a pair that I could wear outside of the house ever since. I found this luscious rayon-spandex french terry just before Christmas and knew they’d make a super comfy something…turns out it was the perfect fabric for the Hudson pattern! I used a scrap of charcoal jersey for the pocket accents and a drawstring from an old pair of sweats that I had in my stash. 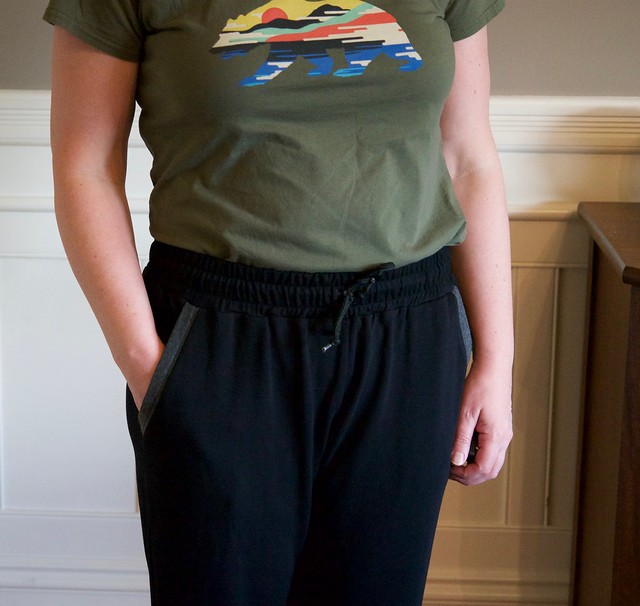 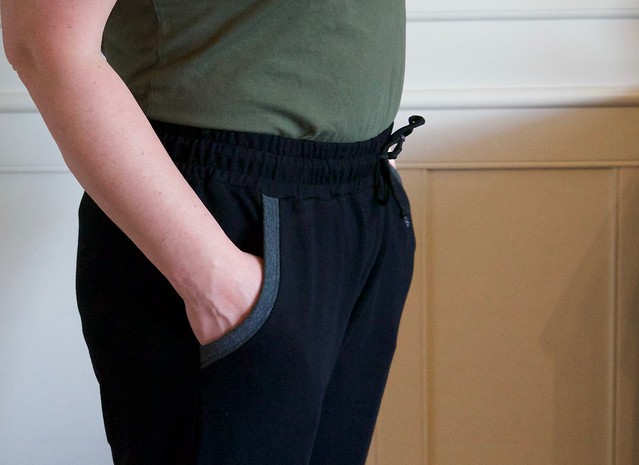 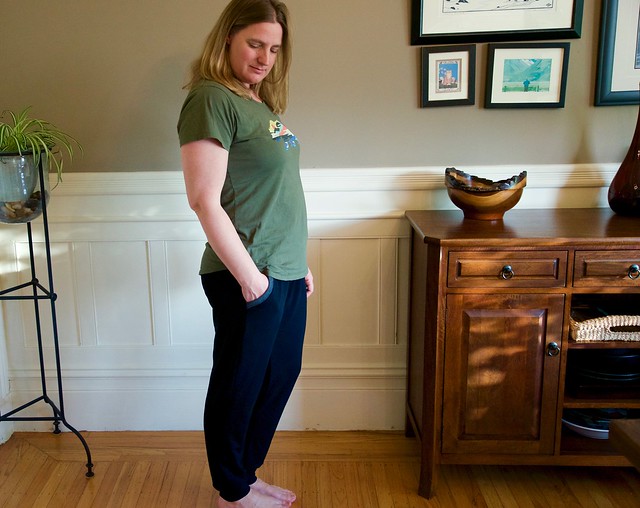 I don’t have a whole lot to say about this pattern – it’s another quick and easy sew, and pretty hard to go wrong. I lengthened these by 2 inches (thinking that they’d be too short), but it turns out that I should have left them as originally drafted. After I tried these on I realized that I made this mistake last time too – I ended up chopping off the extra 2″ last time, but this time I just left it on. If you look closely, you can see that I’ve rolled them up in some of these pictures. I could go back and shorten them at some point, but I probably won’t…because they are perfectly good slouchy joggers as is and I’m lazy that way:) 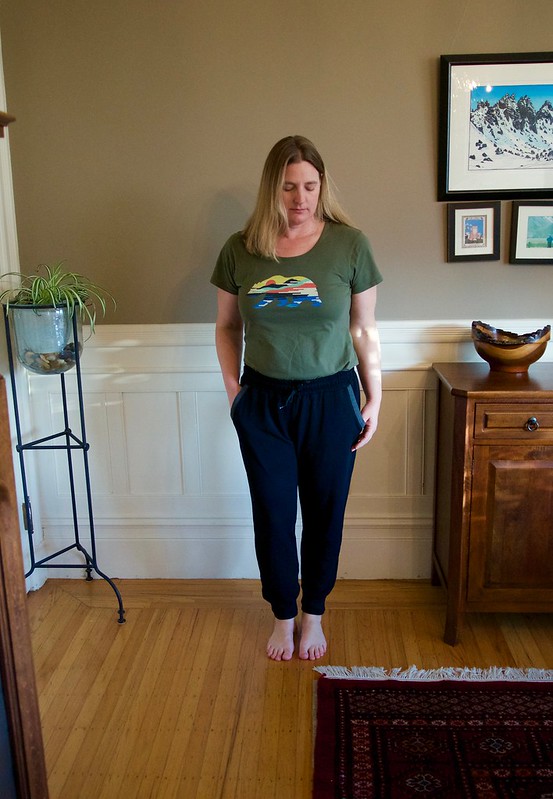 One thought on “Activewear or Loungewear?”