I made a Sewaholic Renfrew top with a cowl neck, the first winter project on my list. 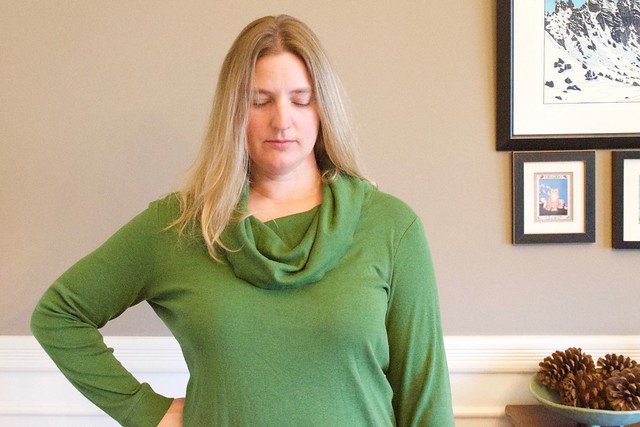 I’ve been eyeing this pattern for a while. I have made myself a few tees in the past by tracing a favorite dolman-style ready-to-wear tee. But I decided that I should really have a ‘real’ pattern with a more traditional tee shape. Enter Renfrew! I was particularly drawn to the cowl neck version which I thought would be nice and cozy for winter – umm…nevermind that it’s no longer really winter:).

The pattern and construction itself is straightforward. But this fabric, oh this fabric! It was slippery and stretchy and caused me sooo.much.grief! I’ve had good luck in the past using the lightning bolt stitch for knits on my machine, but not this time. My machine kept eating this fabric – at one point I thought it might be permanently stuck inside. I managed to get the fabric unstuck by swearing like a sailor and yanking the it out, leaving me with only a small hole in the seam at the bottom (near the banded hem). On the plus side, I finally learned how to install and use my walking foot, so that’s a nice silver lining! (Why was I so afraid of trying the walking foot?? Do you ever become irrationally nervous about trying something new? And then find out that it’s no big deal?). 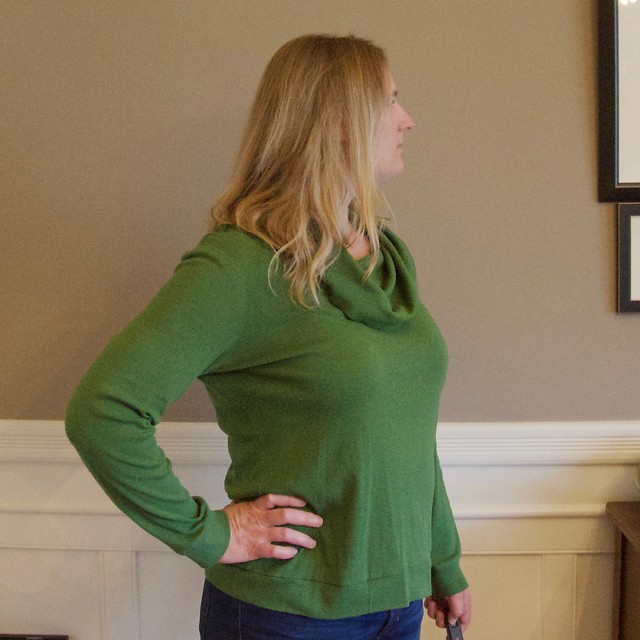 So I managed to finish the shirt. It’s nice, but not awesome. I like the color. I like how soft it is. I like the cowl neck, although I wish it was constructed a bit differently – I’m not crazy about having a seam at the top of the cowl. If I make this again I might try to make the cowl from one piece instead of two, so that the top is just folded over – no seam. (On the other hand, you can’t see the top of the cowl – it’s folded under in all these pics, so maybe it doesn’t really matter).

My biggest complaint? It’s too big. Especially at the hips, but also check out all that extra fabric in my armpit. 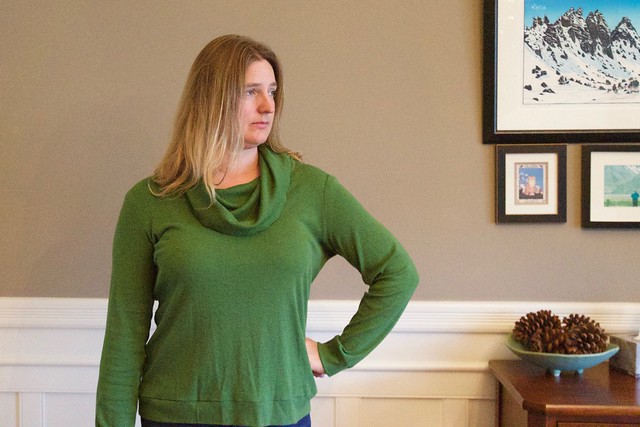 It did shrink a tiny bit after I washed it, but still isn’t quite right: 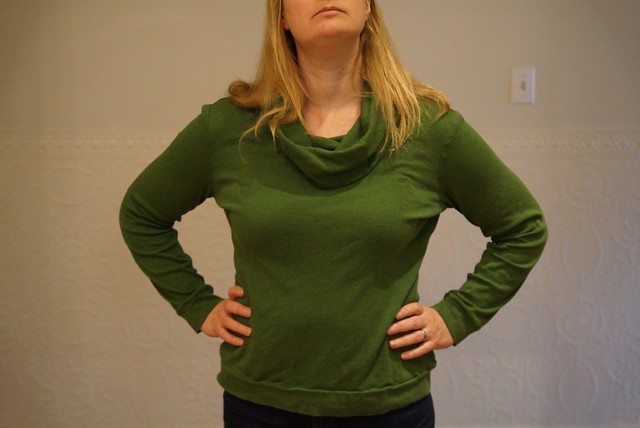 I traced out both the 14 and 16, then proceeded to make the 16 without checking the fit. I really should have known better, especially for a knit fabric that stretches as much as this does, but I was in a rush to actually finish something. After finishing this top, I made up a quick muslin in a straight 14 (Note to self: Make a muslin BEFORE attempting new patterns, not after). The 14 fit better, but still needed a few adjustments. Here’s what I did:

(1) lengthened the bodice by 1 inch (essentially lowering the waist)

I think these adjustments really improved the fit, and I now have a pattern that fits my body just right. Sewaholic patterns are drafted for pear-shaped women, which I decidedly am not (hence the add to the bust, remove from the hips adjustments).

Despite the near constant drizzle we’ve had going on for the past couple of weeks, I can feel Spring coming on. With trees blooming and some sunny, 70 degree (beach!) days, my motivation to work on my winter projects is waning. I still have a couple of those in the works, but don’t be surprised if some other projects show up here first. Hmmm…like perhaps a springtime Renfrew made with my new and improved, muslin-tested pattern? 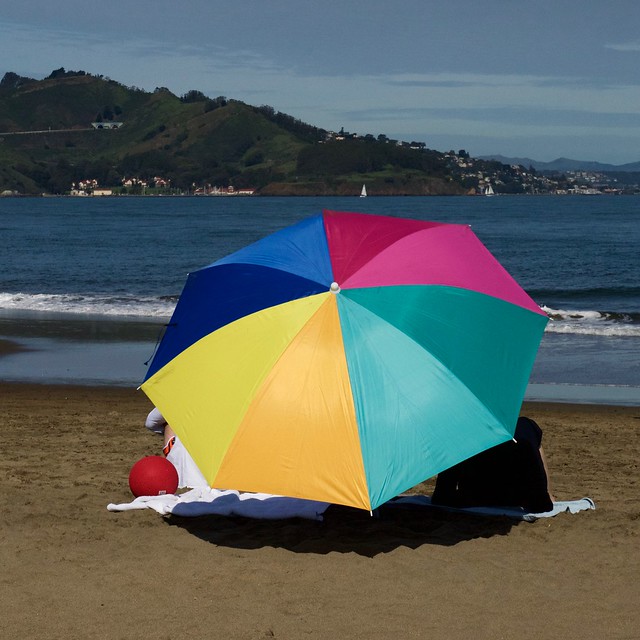 Pattern: Sewaholic Renfrew, view C (cowl neck) with view A long sleeves
Size: 16
Adjustments: Shortened sleeves by 2″ (!) (But next time I will use my fully adjusted pattern).
Fabric: super soft baby rib (cotton or a blend  – not sure), heathered green